Nalung’wa naba. (Sukuma)
Nimeumwa na mbung’o. (Swahili)
I have been bitten by a tsetse fly. (English) 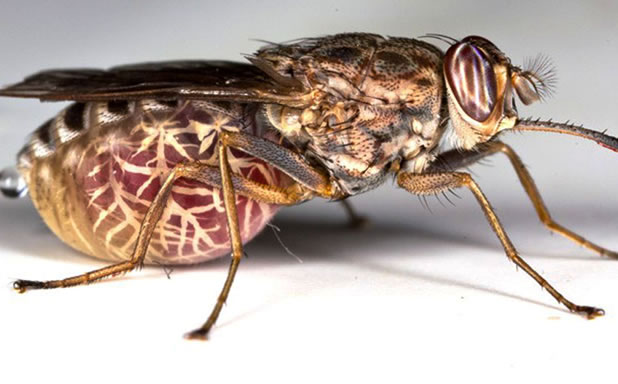 This humorous Sukuma proverb in Tanzania refers to a person who relentlessly pesters another person until he or she pays off a debt. There is a similar Sukuma proverb that says To promise an eye to a blind person meaning that the blind person will pester you until you fulfill your promise.

The proverb also refers to a person who, like a tsetse fly, persistently and relentlessly keeps coming after you again and again until he or she gets what the person wants.

In Swahili there are three words for a tsetse fly: mbung’o, ndorobo, and chafuo. Usage varies from place to place. The most commonly used word is mbung’o.

Luke 18:1-8: “Parable of the Unscrupulous Judge and the Poor Widow.”

Luke 11:5-13: “Episode on the Importance of Persistence in Prayer.”

Luke 15:11-32: “Parable of the Prodigal Son.” The father goes out every day to await the return of his lost son without getting tired or discouraged.

Judges 16: 4-22: “Story of Samson and Delilah.” Delilah pestered her husband until Samson told her the source of his great strength. 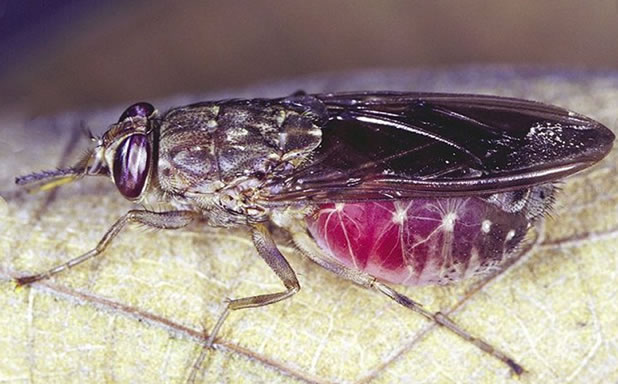 God is persistent in following us and challenging us. See the dramatic poem The Hound of Heaven by Francis Thompson.

From those strong Feet that followed, followed after.
But with unhurrying chase,
And unperturbèd pace,
Deliberate speed, majestic instancy,
They beat — and a voice beat
More instant than the Feet.

We should not get discouraged and despair in times of difficulties. Whether it is war, poverty, sickness, disease, trials, failures, mistakes, weaknesses, limitations, misunderstandings, etc. we should persevere, we should endure, we should be persistent. And in the spirit of St. Paul: “Let us not grow weary in doing what is right, for we will reap at harvest time, if we do not give up” (Galatians 6:9).

NOTE: This proverb was used to describe my assistants/helpers in researching and writing the definitive version of the famous Sukuma myth of the clever young man Masala Kulangwa and the monster Shing’weng’we. It was published by Mathews Bookstore in Dar es Salaam, Tanzania in December, 2006 in booklets of 32 pages each in three separate languages: