December, 2021 African Proverb of the Month
The ant tried/made an effort to eat the rock (stone).
Sukuma (Tanzania) Proverb

Tanzania is an African country that has 128 languages. The Sukuma Ethnic Group with its language Sukuma has the most speakers in the country. It has a population of “8,130,000 increasing” according to the 2016 Ethnologue: Languages of the World that makes 16 percent of the country’s total population. There are few speakers in the cities. 88 % are in the traditional rural areas.

The people in this Sukuma Ethnic Group usually teach each other in their daily lives by using proverbs, sayings, riddles and so on. The ant tried/made an effort to eat the rock (stone) is one of a number of proverbs that they use in their daily lives. Another Sukuma proverb is

This Sukuma proverb is based on the following Sukuma story:

There was a man who plowed a large field of maize (corn) in a certain village. The maize sprouted and grew well until its weeds began to worry his workers. The owner of that field told his workers, “Do not be content by looking at this weed. You have to try weeding it/removing it so as to see the results.” One of his workers responded, “Let me try to weed this field.” The other workers replied saying, “Let us see if you can manage to finish it.” The man started to weed the field slowly until he finished it all. When he managed to do so, the other workers were amazed and confessed saying, “it is true that making an effort to do such a difficult job is a way for achieving great success in the life of human beings.” That is why they say. The person tries to eat a stone (makes an effort to start a difficult work).

The main theme is perseverance and patient endurance. The meaning of this proverb is that an ant or a person tries even if it cannot do it. There is a universal saying: There is no harm in trying. The British Prime Minister Winston Churchill said, “Don’t give up.” The Canadian ice hockey player Wayne Gretsky said, “You miss 100% of the shots in hockey that you don’t take.” There is a saying on a gravestone in Shinyanga, Tanzania: “He tried.” 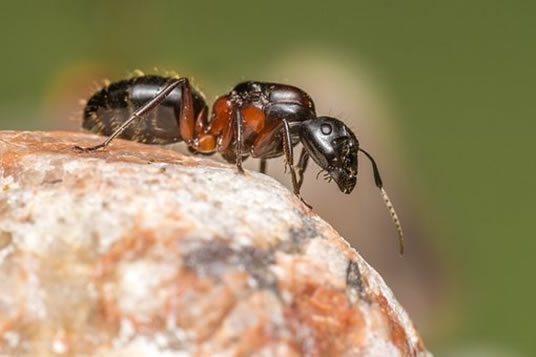 Luke 21:19: By continuing to have faith [your endurance/perseverance] you will save your lives/gain or win your souls.”

Luke 13:24-25: “Strive to enter through the narrow door, for many, I tell you, will attempt to enter but will not be strong enough. After the owner of the house has arisen and locked the door, then will you stand outside knocking and saying, ‘Lord, open the door for us.’ He/She will say to you in reply, ‘I do not know where you are from.’”

Message: Striving to enter by the narrow gate is hard work and takes discipline.

John 14:6 “Jesus said to him, ‘I am the way and the truth and the life. No one comes to the Father except through me.’”

St. Paul has many sayings on the importance of hard work:

Ephesians 4:3:St. Paul insists on “striving to preserve the unity of the spirit through the bond of peace.”

Hebrews 12:14: “Strive for peace with everyone, and for that holiness without which no one will see the Lord.”

This Sukuma proverb is appropriate during the season of Advent in the Catholic Church’s Liturgical Year with the emphasis on perseverance and patient endurance.

A missionary is a serious person who tries/makes an effort to be holy. Through baptism every Christian becomes a missionary who preaches the Good News of Jesus Christ to others through his or her way of living. He or she has to strive to live a holy life.

This proverb teaches people on how to have the courage of trying to carry out their tasks no matter how difficult they may be. Examples of such jobs include: starting a new self-employment work or office job, starting a new business, scientific discovery that leads to the presences of ships, airplanes and so on. It encourages people to work harder in fulfilling their responsibilities so that they could complete them as early as possible in order to achieve greater successes in later projects.

This Sukuma proverb also encourages scientists to find innovations in doing research that can lead to finding medicines for treating various ailments including the disease caused by the corona virus known as Covid-19.

NOTE: This proverb is the 25th Sukuma proverb in our “African Proverb of the Month” Series since we started in 1998. It is with its Swahili and English translations: