February, 2022 African Proverb of the Month
The one who leads (usually in a herd of cattle) drinks clean and clear water.
Sukuma (Tanzania) Proverb

Tanzania is an African country that has 128 languages. The Sukuma Ethnic Group with its language Sukuma has the most speakers in the country. It has a population of “8,130,000 increasing” according to the 2016 Ethnologue: Languages of the World that makes 16 percent of the country’s total population. There are few speakers in the cities. 88% are in the traditional rural areas. The Sukuma people use proverbs, sayings, songs and riddles in conveying some important and contractive messages to a particular person or group of people in the community, depending on the certain circumstances.

Traditionally, the Sukuma are pastoralists, hence sometimes they use animals’ behavior in portraying or identifying some useful behavior and apply them to the people in order to shape their living in their respective community. From this insight comes the proverb Nh’onga mbele igang’waga minze milu (matengeku). Thus when leading cattle to the river for drinking water, it very interesting experience that those in the front of the line are likely to enjoy the clean and clear water  because in order to drink water they must enter in the river or pond. In so doing they found water is still clean and clear compared to those behind them.

One day during my pastoral experience in Tanzania in a certain Small Christian Community (SCC) after finishing the communal prayer and sharing, we lined up for lunch. I was the fifth person in line. Then an old man told me, ‘why are you delaying, don’t you know that the one which leads (usually in a herd of cattle) drinks clean and clear water.”

Biblical Parallels
Matthew 18:19-20: “Again I say to you, if two of you agree on earth about anything they ask, it will be done for them by my Father in heaven. For where two or three are gathered in my name, there am I in the midst of them.”

1 John 5:14 “And this is the confidence we have in him, that if we ask anything according to his will he hears us.”

Psalm 133:1“Behold, how good and pleasant it is when brothers dwell in unity!”

The use of this Sukuma proverb in an African context helps us to emphasize early participation in the 2021 –2023 Synod of Bishops. Pope Francis calls for universal participation in the synod. Through the sacrament of baptism, we are all the People of God –a communion of people who are equal in dignity and in the call to missionary discipleship while differing in charism and office. We are called to participate in the growth of the Catholic Church by the synodal motto “communion, participation and mission.”

The shepherd takes the herd of cattle to the river knowing that all will drink water, but that those in the front will drink clean and clear water as the proverb says. The bishops and other church leaders are like the good shepherd – not to control or dominate the People of God but to animate them and encourage them. Then our leaders on all levels should take the initiative and set a good example by answering the Synod Questionnaire, facilitating Small Listening Sessions, practicing a synodal style, etc. This Sukuma proverb remind us to participate early in the synodal process so that we may give insights to the questions asked rather than waiting until the others have discussed them. From our Sukuma proverb, the whole herd of cattle drink water but those in front line drink clean and clear water. Like the question I was asked by the old man in the Small Christian Community, we should ask one another, “why am I/we delaying to participate in the synod?” Don’t I/we know that the one which leads (usually in a herd of cattle) drinks clean and clear water. 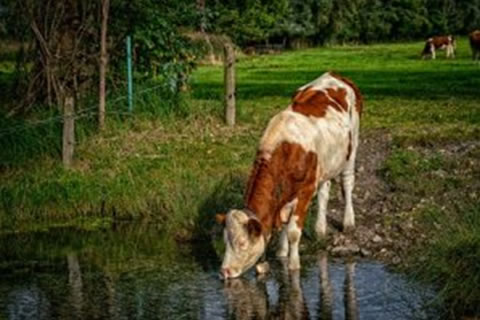 As an action step, vote in the poll on the:

My favorite proverb of the month on “Synodality/Walking Together” is… One choice is: “Go in that direction” does not mean that you go. To go means “let’s go together!” – Sena (Mozambique) Proverb.

NOTE: This proverb is the 26th Sukuma proverb in our “African Proverb of the Month” Series since we started in 1998. It has Swahili and English translations:
No. 1,003: NH’ONGA MBELE IGANG’WAGA MINZE MILU (MATENGEKU)
in the:

See also Sukuma proverbs in the: