April 2022 African Riddle/Story of the Month
“I have a riddle.” “Let it come.” A person went to the coast naked and came back/returned fully clothed?… groundnut/peanut.
Sukuma (Tanzania) Riddle/Story

Background, Explanation and Everyday Use
Tanzania is an African country that has 128 languages. The Sukuma Ethnic Group with its language Sukuma has the most speakers in the country. It has a population of “8,130,000 increasing” according to the 2016 Ethnologue: Languages of the World that makes up 16 percent of the country’s total population. There are few speakers in the cities. 88% are in the traditional rural areas. The Sukuma people use proverbs, sayings, riddles, stories and songs in conveying some important and concise messages to a particular person or group of people in the community, depending on the certain circumstances.

Conventionally the Sukuma people are farmers who use riddles to teach each other how to change to a upstanding, moral life in their societies. Hence there is a well-known Sukuma, Tanzania riddle that goes like this:
“ 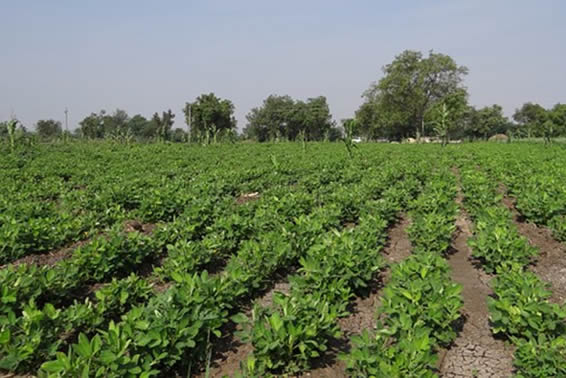 I have a riddle” “Let it come.” “The person went to the coast naked and came back/returned fully clothed?”… (answer) “GROUNTNUT/PEANUT.”
This riddle is based on the following adapted African story that can be found in many places including the book African Stories for Preachers and Teachers  on pages 80-81 that was  compiled by Father Joseph G. Healey and published by Paulines Publications Africa in 2005. It goes like this:
Masanja was a Sukuma man who lived in Maswa in the Simiyu Region of Tanzania. After getting married and building a new house Masanja got many difficulties. His wife ran away, his youngest child died, his house fell down and thieves stole all of Masanja’s cows. Suddenly he was a beggar. He thought he had been bewitched.
Masanja started to despair. But finally he decided to leave Simiyu Region, that is in the interior of Tanzania, and go to the coast, to the city of Dar es Salaam. He travelled as a beggar without clothes, without money, without anything.

After arriving in Dar es Salaam, Masanja started to get lucky. First he found work and a house. After a while he opened a store, then a small hotel. He began to make a lot of money. He built a permanent house which he rented. Then Masanja built a soft drink factory. Finally he became very rich with many possessions. But he didn’t want to live in Dar es Salaam. So he returned to his home in Maswa in the Simiyu Region with great wealth — a car, new clothes, many goods and a lot of money.

Therefore, Masanja is like the GROUNDNUT/PEANUT that is buried naked when being planted. Then it grows up to become a clothed groundnut with showy flowers – just as Masanja went to the coast poor and naked and returned clothed as a rich person. So let’s review the setting of this riddle which a person tells others, “I have a riddle.” Others say, “let it come.” The person goes on, “he went to the coast naked and returned fully clothed?”  The people answer “GROUNTNUT.” Then all laugh joyfully.

Mark 8: 34: “He summoned the crowd with his disciples and said to them, “Whoever wishes to come after me must deny himself, take up his cross, and follow me.”

Colossians 2:12.“You were buried with him in baptism, in which you were also raised with him through faith in the power of God, who raised him from the dead.”

1 Peter 3:18.“For Christ also suffered for sins once, the righteous for the sake of the unrighteous, that he might lead you to God. Put to death in the flesh, he was brought to life in the spirit.”

2 Timothy 2:11:“This saying is trustworthy: If we have died with him we shall also live with him.” 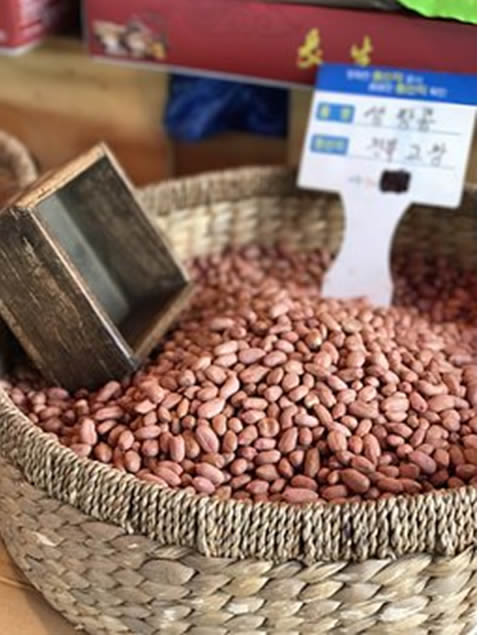 During a SCC gathering Peter the SCC leader told this Sukuma story and then asked the community members, “what do you think? What does this story of Masanja remind us of?” Immediately a Sukuma woman answered, “This story is similar to a Sukuma riddle.” She said, “I have a riddle,” and Peter answered, “Let it come.” The woman said, “He went to the coast naked and returned fully clothed?” Another Sukuma answered, “Groundnut.” Everyone laughed. Then other community members eagerly joined in the discussion. One woman said, “In my language Kinyamwezi we have a riddle that says: You went far away; you returned with great wealth? The answer is millet.” A Ngoreme youth said, “I remember a riddle in my local language Kingoreme: I shot my arrow without feathers; it has returned with feathers? The answer is runner bean.”

Another SCC member named William said, “I think the meaning of all these riddles resembles the example of the groundnut seed that is planted in the earth in order to later sprout. It grows inside of its shell. Afterwards the groundnut’s flowers are showy and very beautiful. This example is also like a verse in Chapter 12 of St. John’s Gospel: “Unless a grain of wheat falls on the ground and dies it remains only a single grain, but if it dies it yields a rich harvest” (John 12: 24).

Then Peter said, “Good. We have heard a fine explanation. But there’s still one more thing. Why have I told this story of Masanja near Easter Sunday?” For a while the SCC members were quiet. Then a widow named Modesta delighted the other Christians by saying, “the story of Masanja and the groundnut riddle and the example of the grain of wheat all resemble the death and resurrection of Jesus Christ. If a groundnut can be so changed surely the Son of God can rise from the grave in glory. The death and resurrection of our Lord Jesus Christ is the foundation of our Christian faith. In our everyday life we die and rise with him. Jesus Christ and we Christians too are like the seed that is buried in the ground before it can grow and bear fruit.” Immediately all the community members clapped for this widow. They recognized that she had touched the very heart of the Lenten season and the feast of Easter.

Thus this Sukuma riddle/story teaches people about the sufferings, death and resurrection of Jesus that we remember during Holy Week when we Christians meditate on them each year. These sufferings are compared to the planting of the groundnut that is buried and dies. Then it grows enough to have many fruits. Jesus died on Good Friday and resurrected on Easter Sunday.

Hence the new harvested groundnuts teach us about the death and resurrection of our Lord Jesus Christ that is the foundation of our Christian faith. In our everyday life we die and rise with him. We die to sin and rise to a new life with Him when we do good deeds to other people. Jesus Christ and we Christians too are like the seed that is buried in the ground and later grows and bear fruits. The groundnut and the seed remind us about the very heart of the Lenten season and the feast of Easter.

It can also be used to teach us about how the sacrament of Baptism initiates us into the death and resurrection of our Lord Jesus Christ. In this sacrament we die to sin and rise to the new life with Jesus. In baptism water in poured on us as a sign of washing away our sins. Father Donald Sybertz and Father Joseph Healey explain this on page 17 of their Swahili book Kueneza Injili kwa Methali (Preaching the Gospel through Proverbs) published by the Benedictine Publications Ndanda – Peramiho, 1984.

Also this Sukuma riddle/story can be used in difficult times like the Covid-19 pandemic and during the present war in Ukraine.

NOTE: This proverb is the 27th Sukuma proverb, saying or riddle in our “African Proverb of the Month” Series since we started in 1998. See also

It includes Swahili and English translations:

See also Sukuma proverbs in the: