Two ants do not fail to pull one grasshopper. (English) 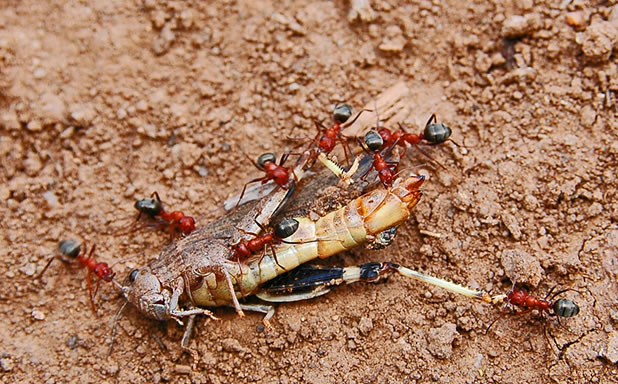 One of the best cultural values of the African people is unity. Yet many culture values are now disappearing in African countries. In the Kagera Region in Western Tanzania proverbs were used to teach children and youth how one could learn morality from ordinary things like insects. The Haya Ethnic Group was a well organised big extended family. They were very close in everyday life. For example, when the men were hunting together, collecting firewood in forest together and even when visiting friends from one village to the next they usually were in “twos” or “threes.” Women also were together when fetching water from a river, collecting grass, cultivating in the fields, and celebrating feasts like weddings. They believed in the fact that collective strength is always powerful however little it may be, and that when two or more people decide upon something they cannot be mistaken or go astray.

There is a saying: Ngono ekagenda yonka yahaba. When Ngono travels alone, it goes astray.” Ngono is the river that is believed to have its source from the River Nile. It flows as far as the Kagera Region winding all over and finally losing its shape. If somebody is noticed to work alone or separate from the community she or he is said to act like the Ngono River, and her or his future plans cannot be successful. In this way people were aware of the importance of unity in action.

Two ants do not fail to pull one grasshopper. This Haya proverb is also found in other African languages such as Ganda (Uganda) and Sukuma (Tanzania). This visual image of two little black ants pulling a grasshopper demonstrates how the unified power among brothers and sisters can be very strong. The meaning is that they control it together and probably will eat it. This example of two ants and a grasshopper is very popular with children in Kagera Region. These insects are known everywhere so it is a good metaphor to use to pass on the message of unity among people.

Unity has an invisible influence in life. How powerful it could be if nations agree upon something. Members of a club, church people, etc? Why is it so difficult to bring changes? Often we are not pulling together in one direction.

The late Tanzanian President, the Father of the Nation, Mwalimu Julius Kambarage Nyerere, noted the need of a nation to stick together. He said that a nation that is united in brotherly charity (moyo wa upendo) is more powerful than a powerful nation with all its sophisticated weapons.

When I refer to Kagera Region in Tanzania it is also true in other African countries. For example, Archbishop Raphael Ndingi Mwana’a Nzeki of Nairobi Archdiocese, Kenya, met with Brother Robert Moriarity, S.M. of Hartford Archdiocese, Connecticut, USA to discuss Small Christian Communities. Among other things, the archbishop suggested that when a parish is built with Small Christian Communities, there are no spectators, they are all players. “Participation is what it is all about; they need to share responsibility.” He made the point of noting that historically nobody was ever alone in Africa culture. In this sense the development of Small Christian Communities in Africa is not brand new. It builds on the tradition of Africans’ communal cultural base. 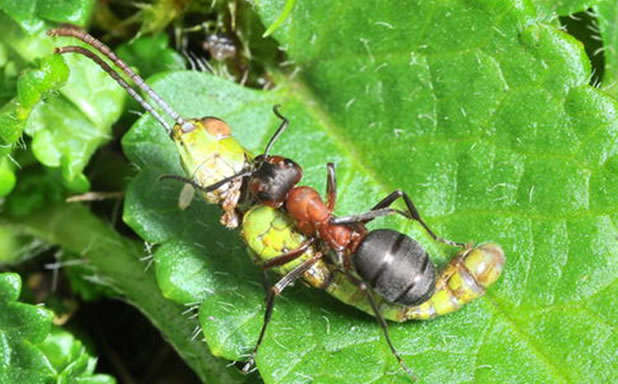 “Two are better than one because they have a good reward for their toil. For if they fall, one will lift up the other; but woe to one who is alone and falls and does not have another to help” (Ecclesiastes 4:9-10).

For this reason, our Lord says in the Gospel: “Where two or three are gathered in my name, there am I in the midst of them” (Matthew 18:20). This clearly teaches us the greater importance and worth of the concord and harmony of two or three in doing good than the goodness of one alone.

Psalm 133 also challenges us in these beautiful words. “Behold how good and pleasant it is when brothers dwell in unity… for there the Lord has commanded the blessing, life that never ends.” Regarding the first disciples of the Lord, it is said: “the group of believers was one in mind and heart.” No one said that any of the belongings were his or her own, but they all shared with one another everything they had” (Acts 4:32).

To emphasize this point of community, The Church in Africa, Post Synodal Apostolic Exhortation, No. 43 states: “African cultures have an acute sense of solidarity and community life. In Africa it is unthinkable to celebrate a feast without the participation of the whole village. Indeed, community life in African societies expresses the extended family. It is my ardent hope and prayer that Africa will always preserve this priceless cultural heritage and never succumb to the temptation to individualism which is so alien to its best traditions.”

The African Small Christian Communities should be a continuation of this cultural heritage in a Christian way of life based on the commandments of love of God and neighbor as challenged by the Haya proverb: Two ants do not fail to pull one grasshopper. We have a special opportunity in Tanzania that is celebrating the “Year of Small Christian Communities” from December, 2006 to December, 2007. This pastoral priority is being emphasized in other dioceses and countries of Africa too.