February 2013 – As soon as you experience hunger pangs (feel hungry) why do you always want to eat? Sukuma (Tanzania) Proverb 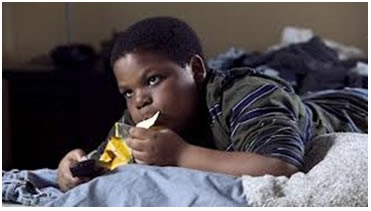 The Sukuma people form the largest ethnic group in Tanzania with more than six million members. This population is concentrated in and around Mwanza and Shinyanga Regions. Other ethnic groups that are present have been progressively isolated or assimilated into this big unit. To speak the Sukuma language is the most normal thing in many villages of the area, and many Sukuma beliefs and practices are very much alive today.

This humorous Sukuma proverb is used by a mother to teach and counsel her children on discipline in eating, patience and perseverance in waiting for food to be served and the evil of gluttony. She emphasizes that a person who calls for food at the least sign of hunger pangs (that is compared to “wind” in the stomach in the original Sukuma), such as the child always saying “I’m hungry,” has no discipline in his or her life. The proverb is also used in a conversation with a glutton who is eating all the time.

Mark 8:34-35:  “Jesus called the crowd with his disciples, and said to them, "If any want to become my followers, let them deny themselves and take up their cross and follow me.  For those who want to save their life will lose it, and those who lose their life for my sake, and for the sake of the gospel, will save it.”

The main teaching is that we need discipline in our lives. So the need for self denial and sacrifice. This Sukuma proverb can be used in counseling against gluttony, lust and sloth. It can be used in February and March during the penitential season of Lent.

In this 2013 calendar year the African continent will have General Elections in Kenya, Madagascar, Mali, Tunisia and Zimbabwe. The New York Times describes multiparty democracy in Africa as “messy and unpredictable.”  It is important to elect leaders who are willing to sacrifice themselves for the good of the people and the country. With the help of God and the determination and active endurance of the African people these elections will succeed.

As a take away we recall that the November, 2012 American elections in the United States modeled a peaceful and fair election and so influenced people in Africa and around the world. For example, here in Nairobi, Kenya Kenyans marveled at how after the USA Presidential debates the candidates and their families could shake hands, embrace and talk warmly with each.

A major challenge in Kenya and throughout Africa is that political candidates should sacrifice their pride, desires and ambitions and be good losers if they don’t win the election. An important Swahili (Eastern and Central Africa) Proverb applies to elections in Africa: The person who cannot accept defeat is not a competitor. The test and maturity of democracy and ongoing good governance in Africa is for the losers to openly accept the results of the public vote (“the voice of the people”).