May, 2022 African Proverb of the Month
The day is never cursed before it finally comes to an end.
Gikuyu (Kenya) Proverb

The Kikuyu Ethnic Community in Kenya forms the largest Bantu ethnic community in the country. Although its original “‘home”’ is the Central Region of the country, it is today to be found in other parts of the country and beyond due to its nature of farming and business interests. This phenomenon has made it stand out among the country’s over 40 ethnic communities. This community is rated as one of the biggest Bantu communities in the East African Region and beyond. This ethnic community stands out on the country’s liberation struggle against colonialism. The tag MAU MAU played a central role during the struggle. This community is patriarchal in nature whereby women, until in recent times, have played almost no role in the community’s social and economic sectors. This is now changing dramatically.

The Kikuyu community has a laid out system of using God-given traditional knowledge to pass information from one generation to the next through idioms, proverbs, sayings, proverbs, folktales and music. The Kikuyu Ethnic Community has used this God-given wealth of knowledge to explain to the young generation the “mightiness” of God. They are part of His people. The cited proverb is one such example.

Hebrews 11:1: “Now faith is the assurance of things hoped for, the conviction of things not seen.”

Romans 15:13: “May the God of hope fill you with all joy and peace in believing, so that by the power of the Holy Spirit you may abound in hope.”

Psalm 28:7: “The LORD is my strength and my shield; my heart trusted in him, and I am helped: therefore my heart greatly rejoices; and with my song will I praise him.” 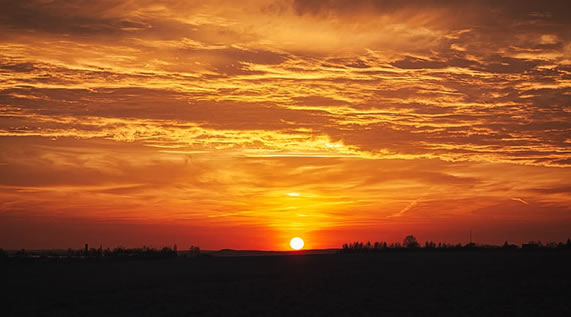 For the Agikuyu people, God is to be revered always and never to be played or joked about. But the fast encroachment of ‘”urbanness”’ and “foreignness” in the community is gradually interfering with the somewhat traditional patterns among the Kikuyu people. As a result, the elders no longer play their traditional role effectively. Young people are no longer next to their parents to tap their traditional knowledge. The sheng language, for example, is equally contributing to this negative aspect in terms of promoting a hybrid language and watering down traditional values of the community. Generally, the Bible instructions are carried out in Gikuyu and more so in the rural set up. However, the urban set up is different and changing fast.