African Proverb of the Month
July, 2001 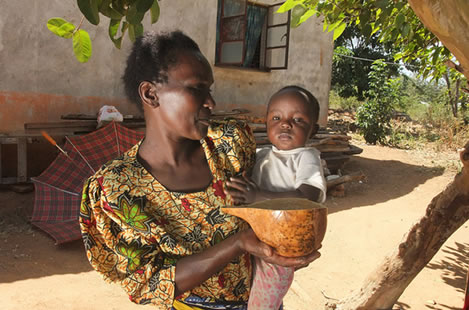 Traditionally among the Gikuyu people in Kenya porridge was the main beverage and was usually used to welcome visitors at home. It was also used as breakfast before people dispersed to attend to their various chores. As such porridge taking was a common, everyday experience. Indeed, whenever there was extra left over at any one sitting people were encouraged to take more of it to their fill.

Reflecting on war, the Gikuyu people concluded that unlike porridge war should never be encouraged but be avoided and therefore be made a less frequent affair. This is the moral of the proverb whereby war, a destructive and non-beneficial thing, is contrasted with porridge, a good thing. The proverb is therefore asking people to seek peace which has every benefit and that people living together can enjoy. On the one hand the Gikuyu proverb can be applied to discourage (prevent) people from making war. On the other hand it can be used in efforts to stop (reconcile) warring parties and encourage possibilities for the consideration of peace. 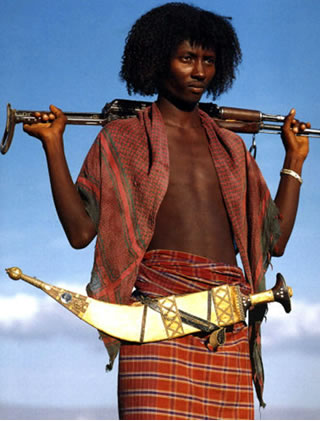 The teaching of the proverb compares well with the message of Jesus in the Sermon on the Mount where he says: “Blessed are peacemakers, for they shall be called sons of God” (Matthew 5: 9). In other words Jesus, like the Gikuyu proverb, urges the need of peace seeking and the avoidance of mindless, non-beneficial conflicts. In the case of Jesus, the benefits of seeking peace are our heavenly inheritance as God’s children.

On the secular front the proverb can be applied at almost all levels starting from the family to the community and even internationally among nations. Once again the application here is direct in that it’s asking to take the step of preventing potential conflict and also to emphasize the need for seeking resolutions to on-going ones, if only to avoid the obvious costly consequences of war. The Kenyan proverb is talking about the need for human beings to avoid wars and encourage peaceful co-existence. So the proverb can be used in almost all situations warranting comment on non-violence and intolerance.

On the religious level in sermons it can be used to by preachers to (1) encourage cohesion of members where there are schisms in the church and (2) preach values that encourage family unity among members of the church. In everyday conversation it can be used in quarrelsome situations that arise when people are staying together. There are many instances of intolerance when people are together that need to give peace a chance. This can be done by using this proverb. The proverb is telling people to know that they have a responsibility to talk “with” one another rather than talking “at” one another if the culture of peace is to be encouraged. In articles and conferences the proverb can be used to condemn aggressors and their violent tendencies and commend the initiatives of peace seekers. This includes getting concerned about the many innocent people on whom violence is meted.

Other areas where this Kenya proverb can be used are in social institutions like the family and school. These are institutions that are critical in shaping future members of our society through socialization. Here the manner in which we socialize our children will determine what kind of human being they will become after growing up, i.e. peace seekers or aggressors. Therefore the proverb can be used in education for non-violence and the promotion of the culture of peace among all humanity.

NOTE: See the reference to this proverb on page 194 in the section on “Gikuyu Proverbs on Peacemaking and Violence” in Gerald Wanjohi’s The Wisdom and Philosophy of the Gikuyu Proverbs (Nairobi: Paulines Publications Africa, 1997).