The Kikuyu Ethnic Community in Kenya forms the largest Bantu community in the country. Although its original “home” is the central region of the country, members today are found in the other parts of the country beyond due to farming and business interests. This phenomenon has made it stand out among the country’s over 72 ethnic communities. This community is rated as one of the biggest Bantu communities in the East African Region and beyond. This ethnic community stands out of the country’s liberation struggle against colonialism. The Mau Mau played a central role during the struggle. The community is patriarchal in nature whereby women, until in recent times, have played almost no role in the community’s social and economic sectors. This is now changing dramatically.

The Kikuyu community has a laid out system of using God-given traditional knowledge to pass information from one generation to the next through, proverbs, sayings, idioms, folktales and music. The Kikuyu ethnic community has used this knowledge to explain to the young generation the “mightiness” of God and that they are part of His people. The cited proverb is one such example.

The meaning of this proverb is that family will win over everything. Family being the ‘blood’ and in the proverb blood is thicker than the water meaning that it has more power. In reality, most of us would choose our family over anything else.

This is a proverb that you may use if you ever have to make a choice between your family and let’s say, for example, a girlfriend or boyfriend. You might choose the family and say blood is thicker than water. You might also use it when referring to a situation where a family has been put first, for example,  “James isn’t coming sports today. His brother is sick, and who can blame him; blood is thicker than water.”

Matthew 1:18-19: “This is how the birth of Jesus Christ came about: His mother Mary was pledged to be married to Joseph, but before they came together, she was found to be with child through the Holy Spirit. Because Joseph her husband was a righteous man and did not want to expose her to public disgrace, he had in mind to divorce her quietly.” 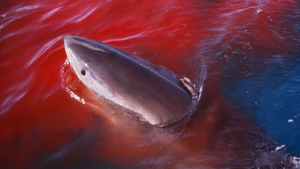 The 1st Week of Advent uses the story of Noah and the Ark. Noah chose his family and two representatives (male and female) of each species of the animals. This highlights carrying on the family and species lineage.

This proverb is related to the “Candle of Love” in the Advent family themed gospels, for instance Joseph’s love for Mary in Matthew 1:18-19. Let’s begin with Joseph’s love for Mary, an incredibly important part of the Christmas story. You might say, “Well of course he loved Mary. They were engaged!” And yes, they were engaged to be married, but that didn’t necessarily mean that Joseph loved her. In that day and time people often got married for reasons other than love. Marriages were typically arranged by the spouses’ parents. Many times marriage was viewed more as a social or economic relationship rather than romantically based.

How do we know Joseph loved Mary? We know because of his response when Mary was found to be pregnant during the engagement, before they were married, before they had come together as husband and wife. As far as Joseph knew, Mary had been unfaithful to him and slept with another man. Joseph must have felt completely betrayed by this and would have every right to be angry and upset with her.

Now Joseph had several options here. He could go ahead and marry her anyways, knowing that the child wasn’t his own. However, that would have gone against his convictions as a man committed to God and God’s ways. No matter how much he loved Mary, he needed to put his relationship with God first.

He could have dragged her before the tribunal and had her tried for adultery. This would have been a vindictive move. At the very least Mary would be publicly disgraced, or even worse, she could be sentenced to death by stoning.

But what did Joseph do instead? We read in Matthew 1:18-19: “This is how the birth of Jesus Christ came about: His mother Mary was pledged to be married to Joseph, but before they came together, she was found to be with child through the Holy Spirit. Because Joseph her husband was a righteous man and did not want to expose her to public disgrace, he had in mind to divorce her quietly.”

Joseph chose a third option. Instead of marrying her in defiance of God’s commands, instead of bringing her before the judges in an act of revenge, he thought about what was best for Mary in this situation. And so he decided rather than expose her to public disgrace, he would divorce her quietly. Sure people would still know and talk about her. That was unavoidable. But at least she wouldn’t go through the public humiliation of a trial.

Joseph had several options open to him, and he chose the way of love. He chose the way that would bring the least amount of shame and attention to Mary. Love always protects (1 Corinthians 13:7), and Joseph chose to protect Mary, even when he thought she had been unfaithful to him.

We see here many relationship and family values illustrated in the Gikuyu proverb blood is thicker than the water.