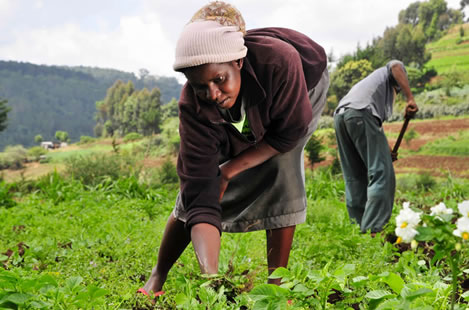 If many people cooperate work that would have otherwise been very heavy for one person becomes light to each participant because each of them does only a part of it. Africans, besides their poverty of not having good technical equipment for everyday activities, culturally depended on one another. This is their culture, collective ethnic and united kingdoms. There are many African proverbs nurturing this concept like Two ants do not fail to pull a grasshopper. An ant is a very small insect, but with the combined strength of two they can pull a grasshopper. The African belief in a collective strength led people to keep close to extended families (polygamy and many children), ethnic groups and a uniform way of life. They built their houses very close, squeezed in one area and cultivated the same crops. These manual works were done together so many hands were needed to make the work light.

The well-organized ethnic groups planned their way of living. For example, men went hunting together and collected firewood in the forest. For security when visiting friends, traveling from one village to the next was done in twos or threes. Women also worked in groups when fetching water from a river, planting crops and celebrating feasts especially weddings. Mikono mingi kazi haba. Many hands make light work. In case of danger every man could come to the scene with a spear to fight against an enemy or kill a lion. There was a high sense of participation and responsibility for the security of the whole ethnic group or a village. They were not spectators, but role-players.

This Haya Proverb in Tanzania teaches our society to adhere to UNITY that is the key to FREEDOM that is the hunger of our time. Every organized society needs a collective power from everybody, which is the root of human development. Nobody is an island. Nowadays we speak about cultural corruptions. It is because everybody wants to follow his/her own way. The sense of togetherness has disappeared from the minds of our youth. Instead the sense of independence, even among children, is the ruling power. Individualism is taking place and weakening unity. People are killed in different circumstances even by wild animals. This is happening partly because the security from the society is no longer there. Instead people are depending on guns and bombs. 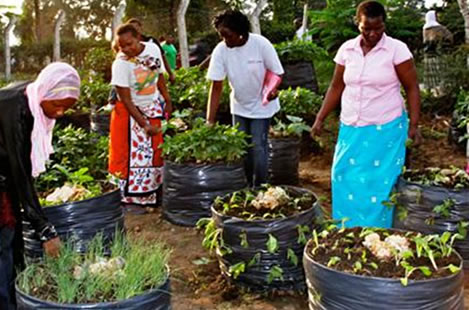 One of the outstanding biblical passages is the “Prayer of Jesus” in John‘s Gospel: “I pray that they may all be one. Father! May they be in us, just as you are in me and I in you. May they be one, so that the world will believe that you sent me. I gave them the same glory you gave me, so that they may be one. Just as you and me are one and that you love them as you love me.” (John 17: 20- 23). In these words Jesus points out the relationship and dependence among the Trinity and his disciples. This is the art of evangelisation to be united with the Trinity through Jesus Christ, Unity of God and his people.

The Bible is full of beautiful passages about helping one another and living in unity and love. To mention a few:

In the Bible we can find many examples of this Haya proverb: Many hands make light work. For example, Jesus himself allowed Simon of Cyrene to carry the cross after Him.

Small Christian Communities should be a continuation of the life of the first Christians. All believers continued together in close fellowship and shared their belongings with one another, thus strengthening their faith (Acts 2:44 and 4:32). One of the most common Swahili proverbs is Umoja ni nguvu, utengano ni udhaifu (Unity is strength, division is weakness). To end let me quote from the Post-Synodal Apostolic Exhortation on The Church in Africa:

African cultures have an acute sense of solidarity and community life. In Africa it is unthinkable to celebrate a feast without the participation of the whole village. Indeed, community life in African societies expresses the extended family. It is my ardent hope and prayer that Africa will always preserve this priceless cultural heritage and never succumb to the temptation to individualism, which is so alien to its best traditions. (No. 43)

In today’s world whether we speak about poverty or riches, the whole world needs unity. The world needs many hands to save it from destruction, to make light and dispel darkness. If the elders’ sayings are rejected one normally gets into trouble. Let us give a listening ear to what African proverbs say to us. Many hands make work light.