November 2022 African Proverb of the Month
Walk on a fresh tree, a dry one will break.
Bena (Tanzania) Proverb

This proverb talks about someone who walks on a fresh tree instead of that of a dry one for enabling him/her to reach safely. It can be traced back to the Bena Ethnic group who are estimated at 1,322,000. This group is one of the Bantu Ethnic groups in Tanzania, which is mainly found in parts of Njombe, Makambako and Morogoro.

In the past, the Bena people lived in some parts of the Coast Region together with the Zaramo Ethnic group. They engaged in various works including iron manufacturing.

The beginning of this ethnic group was a clan that was known as Wang’o. So those people were called Wang’o. The name Wabena was established by a Zaramo warrior called Pazi who was the ruler of that part. It is said that there was an invasion of people called Kamba people who came to the coastal area and did violence to the local people.

Fortunately, the hero Pazi took some Wang’o and Zaramo fighters to get rid of the Kambas and succeeded in beating them by driving them away until there was peace.

Wang’o were happy and before the fighting time they promised the ruler that if they defeat the Kambas then they will break their weapons and make others if they have to do so.

After defeating the Kambas, the Wang’o broke their weapons as they promised. So the bravery of wang’o surprised the hero Pazi so much that he changed their name from Wang’o to WABENA MIGOHA.

WABENA means BREAKING and MIGOHA means SPEARS. Since then they were called Wabena Migoha instead of Wang’o. The warrior Pazi did it to preserve the history for future generations where it was his custom to do so.

Those Wabena and Zaramo increased greatly in number through inter marriages. So the Bena people were very loved by Pazi the chieftain and even their natives because of their good character and courage to work.

They started to disperse to different places until they reached the Njombe region where they live until now. In 1850 when the colonists entered Tanzania, found the Wabena Migoha ethnic group with many people. They had their own writers who shortened the name Wabena Migoha to BENA Ethnic Group as it is today.

The Bena people who lived in the highlands were engaged in agriculture and animal husbandry. But those who lived in the valleys and rivers, their activity was fishing. These people are social and cooperative especially when they exchange properties with food.  They have also generosity which is normally seen in human development.

One biological researcher, Professor Msemwa, wrote this in his research which he did in 2001 that “there were also farmers and blacksmiths in Njombe area in the fifth century or before that.” He did such research when they were digging the ground to look for various remains and ideas which were used by the ancient people. They found various pieces of pots and iron factories in the areas which are inhabited by the Bena like: Igala, Isitu, Tarafa and Uhomini.

The Bena people used Stories, Proverbs, Idioms, Dances, Songs, Games and various Sayings, in teaching and criticizing their societal members. They especially did so for educating children and youth in their societies. Some songs, dances, and various games were used during entertainment or during celebrations or tragedies. Ugendelage uludodi, ulukafu luladenyeka is one of the proverbs which they used in teaching each other enough to be aware of their societal values.

This proverb teaches people on how to be humble in their lives so that they can be successful in life. Such humility is likened to a fresh tree that does not break when it is blown by the wind.

It also advises them to give up pride because it is likened to a dry tree that can break when it is blown by the wind. The wind is a variety of problems that occur in human life. That is why people said to their colleagues that, walk on a fresh tree, the dry one will break.

When young people got married, the parents or elders of each side used to give blessings to their children before they stayed together with the aim of wishing them farewell in their marriage. Thus parents gain fame at times like this because their blessing was very important and eagerly awaited.

Parents enjoy it by telling their young people Mugendelage uludodi nye vana vesu, which means “go in peace our children or walk safely and be blessed with success in your marriage.”

Another blessing was given to a young man after marriage when the couple were blessed with a child. The young man had to leave home and go to stay in the fields or forest away from his family. The goal was to give his wife a good chance to rest while breastfeeding and to be healthy enough to have another child.

This was as a way of helping parents not to have children in succession every year. So they blessed the young man and wished him a good journey and when he arrives there he may live in peace.

People use this proverb for saying goodbye to their guests by telling them walk on a fresh tree a dry one will break. That is also a way of thanking someone for his kindness by wishing him a blessing of walking with a humble altitude where he is going.

Philippians 4:6: “but in every situation, by prayer and petition, with thanksgiving, present your requests to God”

1 Thessalonians 5:18: “give thank in all circumstances”

Leviticus 22:29: “when you sacrifice a thank offering to the LORD sacrifice it in such a way that it will be accepted on your behalf. 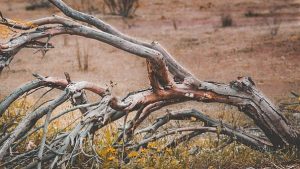 This Bena Proverb encourages people to cooperate in the implementation of their duties of helping each other and living together as brothers and sisters at all times in a humble way.

It invites family members to say goodbye to their people who go to their missionary activities in Small Christian Communities. They can also use it while they are going back to their homes.

This proverb enables them to be humble enough to imitate Christ. Christ is the tree through many people are saved. The Christians can invite one another to walk on a fresh tree and not on a dry one. Through humility they can meditate every day on the mystery of his suffering, death and resurrection. It enables them to remember the suffering that He endured by dying on the cross.

A certain priest in his sermon likened this proverb to a person “Mgendi yena” meaning a person who walks alone. He said there was a person who used to walk alone all the time. He did not seem to have any friends. Even some people called him as a “lonely walker.” But he was a very kind one.

Fortunately the priest met him and asked him why do you always walk alone? He answered and said, “this is very lucky to find someone who asked me. I am not alone I have a friend whom others do not see who is Christ my Lord. From him I get a lot of comfort that is why I am not afraid of peoples’ words. Jesus gives me strength of doing well to others.” Then the priest blessed him by saying Inguluvi Inyalusungu, gendelage uludodi that means God is merciful, walk on fresh tree and live.

This proverb has a great meaning in everyday use. We are invited to walk together on the fresh tree (Christ) by being humble enough to reject all methods of the devil (dry tree) of pride and arrogance.

It invites the Catholic Church members to humbly walk together in the Small Christian Communities enough to pray together during this Synodal Process.

This proverb will assist many people in being humble enough to be grateful to God as well to their societal members. They will all have best wishes to one another by saying walk on the fresh tree, the dry will break.

It is also a Sukuma proverb.