July 2016 The stranger is a white chicken. Nyaturu (Tanzania) Proverb 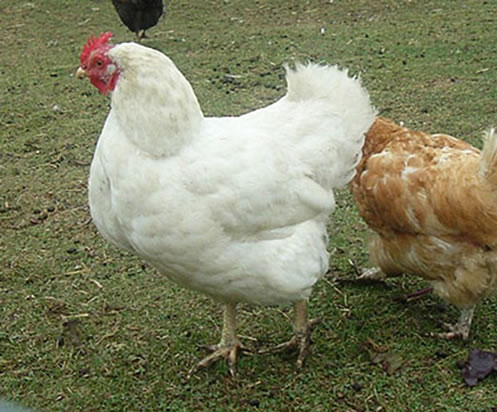 The Wyaturu (Arimi, Wanyaturu) are an ethnic and linguistic group based in the Singida Region of northcentral Tanzania who speak the Bantu Kinyaturu. In 1993 the Nyaturu population was estimated to number 556,000. The Nyaturu people comprise three ethnic groups: the Airwana (Wilwana), half the Turu population, including the city of Singida; the Vahi (Wahi); and the small Anyiŋanyi (wanying’anyi). Each ethnic group is composed of several clans such as the Anyahatι and Akahiυ of the Wahi.

Despite the little differences in dialects, people among these ethnic groups can understand each other. While most of Nyaturu people live in Singida region in central Tanzania, a few number is constantly migrating to neighbor regions such as Manyara, Tabora, Morogoro and others for more promising lands for farming and pastures. The Nyaturu people are farmers, who use primitive farming tools commonly a hand or oxen plough. They usually grow crops for food and merely for sell.

Nyaturu people usually live in integration with other ethnic groups in the region such as Wagogo, Nyiramba, Nyamwezi, Sukuma, Hadza, Sandawe and the Barabaig. The Nyaturu language is one of the Bantu languages prominently in the sub-Sahara region. Their ethno-linguistic group is most commonly said to have its origins in western Cameroon, although how it’s possible to be so certain over migrations that date back over four millennia. What is certain is that these people certainly came from the region of central Africa from where they and/or their culture began expanding to other parts of sub-Saharan Africa around 2000 BC. The cause of these migrations is believed to have been the result of an increasingly settled agricultural lifestyle. Although needing little land (far less than herding cattle would), land had to be fertile and well-watered for cultivation to be a viable alternative.

Population pressure in central Africa may therefore have prompted the first migrations. Several successive waves of migrations over the following millennia followed on the tracks of the first. They were neither planned nor instantaneous, but took place gradually over hundreds and thousands of years, allowing plenty of time for these people and their culture to spread and be influenced by other cultures it came across, either through assimilation or more conquest.

The threat of death makes people go elsewhere where they are quickly identified by their way of worshipping, of celebrating marriage, of dressing and seeing things differently.

Historically, refugees who go to seek for security or for food are deported. In the host country they are identified by their customs that are different from the customs they meet and that they can’t disguise because this is part of them. They do not learn foreign customs. Therefore, refugees stand out to any citizen of the host country. They are like the white chicken.

They called to Lot, “Where are the men who came to you tonight? Bring them out to us so that we can have sex with them.” Lot went outside to meet them and shut the door behind him and said, “No, my friends. Don’t do this wicked thing.  Look, I have two daughters who have never slept with a man. Let me bring them out to you, and you can do what you like with them. But don’t do anything to these men, for they have come under the protection of my roof.” “Get out of our way,” they replied. “This fellow came here as a foreigner, and now he wants to play the judge! We’ll treat you worse than them.” They kept bringing pressure on Lot and moved forward to break down the door (Genesis 19:5-9).

The king of Jericho was told, “Look, some of the Israelites have come here tonight to spy out the land.”  So the king of Jericho sent this message to Rahab: “Bring out the men who came to you and entered your house, because they have come to spy out the whole land.” But the woman had taken the two men and hidden them. She said, “Yes, the men came to me, but I did not know where they had come from. At dusk, when it was time to close the city gate, they left. I don’t know which way they went. Go after them quickly. You may catch up with them.” (But she had taken them up to the roof and hidden them under the stalks of flax she had laid out on the roof.) So the men set out in pursuit of the spies on the road that leads to the fords of the Jordan, and as soon as the pursuers had gone out, the gate was shut” (Joshua 2:2-7).

“Day after day they spoke to him but he refused to comply. Therefore, they told Haman about it to see whether Mordecai’s behavior would be tolerated, for he had told them he was a Jew. When Haman saw that Mordecai would not kneel down or pay him honor, he was enraged.  Yet having learned who Mordecai’s people were, he scorned the idea of killing only Mordecai. Instead Haman looked for a way to destroy all Mordecai’s people, the Jews, throughout the whole kingdom of Xerxes” (Esther 3:4-6)

“Now a young Hebrew was there with us, a servant of the captain of the guard. We told him our dreams, and he interpreted them for us, giving each man the interpretation of his dream. And things turned out exactly as he interpreted them to us: I was restored to my position, and the other man was impaled” (Genesis 41:12-13).

Then Nebuchadnezzar spoke, and said, “Blessed be the God of Shadrach, Meshach, and Abednego, who hath sent his angel, and delivered his servants that trusted in him, and have changed the king’s word, and yielded their bodies, that they might not serve nor worship any god, except their own God” (Daniel 3:28).

The political situation, financial instability, famine and other natural disasters have prompted people to move inside or outside of their countries. War and death threats are visible examples for this kind of mass movement that have led people to seek refuge elsewhere in other towns, other countries, other continents just to escape torture and death in order to seek peace. This is very true on the continent of Africa.

Life is precious. As a gift from God it must be well kept. No one has the right to deprive life to his neighbor because it is sacred. We note, however, that throughout the history of humankind, strong men have arrogated to themselves the right to take life away from others for their selfish ambitions, or just by their excessive greed.