August 2016 No person is an island. Turkana (Kenya) Proverb 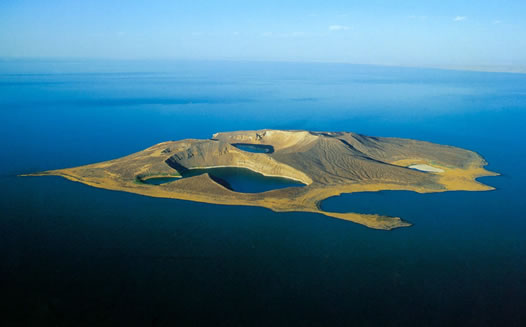 Background, Meaning and Everyday Use
The Turkana are a Nilotic people native to the Turkana District in northwest Kenya, a semi-arid climate region bordering Lake Turkana in the east, Pokot, Rendille and Samburu to the south, Uganda to the west, and South Sudan and Ethiopia to the north. They refer to their land as Turkan.

The Turkana are the largest of the seven ethnic groups that make up what is called the “Karamajong cluster” that includes the Karamajong, Jie, Teso, Dodos and Donyiro in Uganda, and the Toposa of South Sudan. Their language is called Turkana, and has a separate dialect for the northern and southern regions of their territory.

All Turkana belong to one of two major clan groups: Ngirisai (Leopard) or Ngimor (Stone or Mountain). If a man is of the Leopard group, any sons of his will be of the Stone group.  His daughters will be of his group until they marry when they will take their husband’s group. The group determines the kind of feathers a man will wear in his headpiece. Ngimor (Stones) will wear black feathers from a male ostrich and dark-colored metal ornaments. Ngirisai (Leopards) will wear white feathers from a female ostrich and light-colored metal ornaments. The Turkana have approximately 20 sub-clans and each has a distinctive cattle brand that helps them to identify their livestock.

The culture of living together creates an environment of brotherhood and sisterhood. It creates cohesion and a family bond that is key in a healthy community. Communitarianism is also witnessed during initiation to adulthood and clan rituals such as birth, marriage and death. That is why this Turkana proverb is relevant to help us learn about the need of living together for wealth and prosperity. No person is an island (written in the gender neutral or gender free form).

No man is an island,
Entire of itself,
Every man is a piece of the continent,
A part of the main.
If a clod be washed away by the sea,
Europe is the less.
As well as if a promontory were.
As well as if a manor of thy friend’s
Or of thine own were:
Any man’s death diminishes me,
Because I am involved in mankind,
And therefore never send to know for whom the bell tolls;
It tolls for thee.

Biblical Parallels
“Above all, keep loving one another earnestly, since love covers a multitude of sins. Show hospitality to one another without grumbling. As each has received a gift, use it to serve one another, as good stewards of God’s varied grace” (1 Peter 4:8-10).

“For if they fall, one will lift up his fellow. But woe to him who is alone when he falls and has not another to lift him up! Again, if two lie together, they keep warm, but how can one keep warm alone? And though a man might prevail against one who is alone, two will withstand him—a threefold cord is not quickly broken” (Ecclesiastes 4:10-12).

Contemporary Use and Religious Application
In the Bible St. Peter states that loving one another earnestly will not make someone grumble but will serve one another as a good steward of God through the grace which is sufficient for us. He goes on to help us understand the true meaning of supporting one another “But woe to him who is alone when he falls and has not another to lift him up!”

So as Christians we should be people who are characterized by true love that comes naturally to us so that through us many people are attracted to our Lord Jesus and we can make disciples of all nations. When we join hands together, evangelism and reaching out to other Christians will be easy because of the shared purpose of true love and brotherhood/sisterhood. The first disciples of Jesus learned the true meaning of supporting one another. That is why the Gospel reached so many people. We can also borrow this best practice to help us create a world that has no racial discrimination, but a world bound by true love that is coming from deep within. This Turkana proverb is essential for good living today in Africa and everywhere.

NOTE: This proverb is No. 33 in the Collection of 100 Turkana Proverbs (Nairobi, Kenya 2016) by Gabriel Odhiambo.