The Fon people, also called Fon nu, Agadja or Dahomey, are a Gbe ethnic group. They are the largest ethnic group in Benin found particularly in its south region; they are also found in southwest Nigeria and Togo. Their total population is estimated to be about 3,500,000 people, and they speak the Fon language, a member of the Gbe languages. The history of the Fon people is linked to the Dahomey kingdom, a well-organized kingdom by the 17th century but one that shared more ancient roots with the Aja people. The Fon people traditionally were a culture of an oral tradition and had a well-developed polytheistic religious system.

The Fon people are traditionally settled farmers, growing cassava, corn and yams as staples. The men prepare the fields, women tend and harvest the crop. Hunting and fishing are other sources of food, while some members of the Fon society make pottery, weave clothes and produce metal utensils. Among the cash crops, palm oil plantations are common in Fon people’s region. The Fon culture is patrilineal and allows polygyny and divorce. A man with multiple wives usually lived in a compound with each wife and her children occupying a separate hut. A collection of compounds formed a village, usually headed by a hereditary chief. In contemporary times traditional patrilineal clan-based living and associated practices are uncommon. 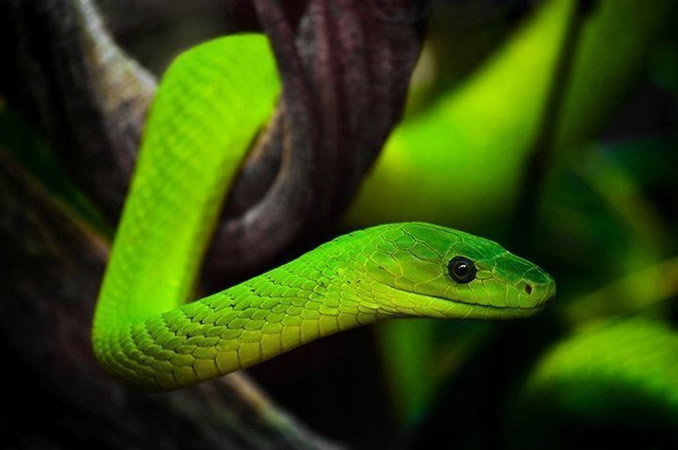 Funerals and death anniversaries to remember their loved ones are important events including drumming and dancing as a form of mourning and celebrating their start of life as a spirit by the one who died. These events can last for days.

The Fon culture incorporates culture and shared ideas with ethnic groups that have been their historical neighbors. Many of their practices are found among Yoruba people, Akan people, Ewe people and others. This Fon proverb is used to advise someone or to caution a person that sometimes it is better to observe and remain calm rather to hurt others. We should not always use our power to destroy. We can use it more positively.

Ephesians 5:15: “Therefore, be careful how you walk, not as unwise people but as wise.”

Colossians 2:6: “Therefore as you have received Christ Jesus the Lord, so walk in Him.”

Proverbs 14:15: “The naive believes everything, But the sensible person considers his or her steps.”

Psalm 91:1 “The person who dwells in the shelter of the Most High, will abide in the shadow of the Almighty.”

Ecclesiastes 3:7: “There is a time to keep silent, and a time to speak.”

There is a popular saying: It is better to remain silent at the risk of being thought a fool,
than to talk and remove all doubt of it. Another saying: Silence is the language of God, all else is poor translation. Someone who is silent is not speaking. If you describe someone as a silent person, you mean that they do not talk to people very much, and sometimes give the impression of being unfriendly. This is not true.

Meditation is one productive activity that you can do while remaining silent. While not all types of meditation are silent, many are. Silent meditation techniques can help you reflect on yourself, clear your head, and also pass the time. Try taking slow, deep breaths in and out.

Silence can be a very powerful way to “be” with another person, especially when they are
troubled. It communicates acceptance of the other person as they are as of a given moment, and particularly when they have strong feelings like sorrow, fear or anger. Silence is an indication of empathy when we are really tuning in to how the other person is feeling about what they’re saying. We are listening more to the tone of their voice, cadence and speed rather than the actual words, and so replying with words may not be the attuned response.

Being quiet can be a struggle, but it can also be a good virtue to have. The Bible commends those who are able to keep the peace and listen. However it discourages being quiet due to timidness. Through God’s words we can be empowered to speak out for this can lead to great things. Through these Bible verses we can find a balance and learn the importance of being quiet to seek God and grow in wisdom. So the Fon Proverb reminds us.

In October 2023 the Catholic Church will have a Synod of Bishops in Rome on the theme “For a Synodal Church: Communion, Participation and Mission.”   During this two year 2021 to 2023  Preparation Phase all Catholics (the People of God) and other friends are asked to focus on deeper listening and to use silence to hear the voice of the Holy Spirit in our lives. For more information go to the Synod Website at: Synod 2021 – 2023 and Synod Resources at: Resources (synod.va)