Apr. 2006: “Until the lion has his or her own storyteller, the hunter will always have the best part of the story.” – Ewe-mina (Benin, Ghana, and Togo) Proverb

Gnatola ma no kpon sia, eyenabe adelan to kpo mi sena. (Ewe-mina)
A moins ce que le lion ait son propre narrateur, le chasseur aura toujours la belle part de l’histoire. (French)
Until the lion has his or her own storyteller, the hunter will always have the best part of the story. (English) 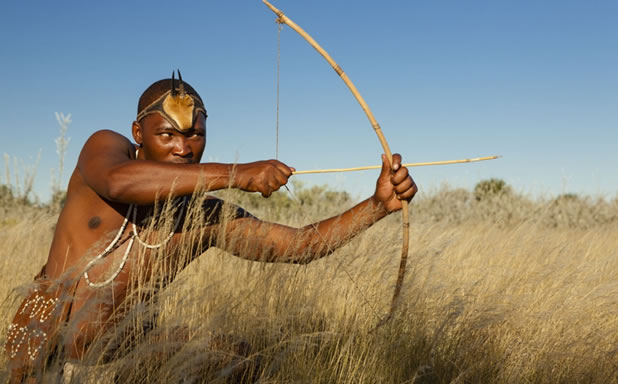 The Ewe-mina are one of the major ethnic groups in Benin, Ghana, and Togo. They are mostly farming communities, but they also hunt and fish. The above proverb, which exists in different forms in many parts of Africa, describes the unknown realities in the forest when a lion and a hunter come face to face. In the proverb the lion, considered to be the king of the jungle and the most powerful animal, symbolizes all the animals. NOTE: Variants in other African languages are: Until lions have their own historians, tales of the hunt shall always glorify the hunter (Igbo, Nigeria). Until lions start writing down their own stories, the hunters will always be the heroes (Kenya and Zimbabwe).

Hunters are powerful and respected personalities in their communities. They are believed to have some supernatural powers. They often have great stories to tell that emphasize their achievements and their hunting skills. People often praise them and celebrate their exploits. This is especially true when they come home with big animals like an elephant or a lion.

Even though people celebrate their stories, they are also aware that they will never know all that goes on in the forest. When a hunter brings home a lion (or any animal) it may very well be due to the hunter’s skills, but it may as well be due to pure luck. The lion might have been sleeping or injured. No matter in what circumstances the lion is killed, a hunter will always tell a story that makes the hunter shine. Is the hunter telling the true story or just bragging? No one will ever know.

This Ewe-mina Proverb refers to this unknown part of the struggle between the lion and the hunter because we Africans know well that a story is never complete until one hears from both sides. The one who does not have the voice is often the loser. This loser might well be the lion to the hunter, the servant to the master, the chief to his subjects, the wife to her domineering husband. It is in these circumstances when one voice dominates the other that this proverb is often heard. 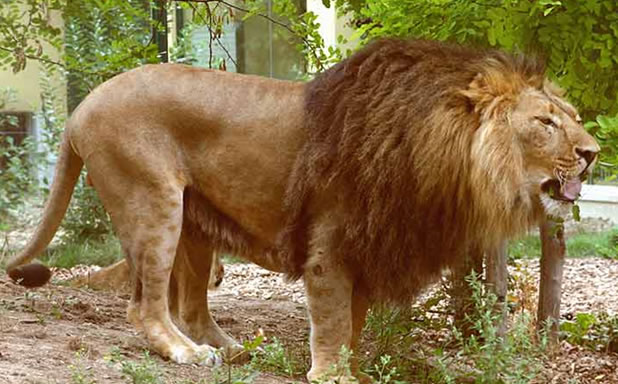 The best biblical text that comes into mind is the Exodus Story, particularly Exodus 3: 9-16, where Moses’ encounter with Yahweh changed Israel’s destiny forever. Anthropologically speaking, this text played a primordial role in Israel’s self-understanding as Yahweh’s people who are called to freedom. Thus the text could be seen, if not as the birth of Israel as a people, at least as the first step toward it. By having their own storyteller, Moses, they developed a new perspective on their realities. Until then their story was told by the Egyptians who referred to them as slaves. They were aliens in a foreign land and as such they had to undergo many hardships. They were nothing but what their oppressors wanted them to be, and they had nothing apart from what was been given to them by their masters. Being a dominated minority in a slaveholding culture, Israel could not have any other worldview than the one created by its oppressor in order to keep it oppressed. To free themselves from such bondage, the Israelites had the courage and the genius to retell their story from their own perspective. In so doing they rejected their received identity and gave themselves a new one.

First of all they ceased to see themselves as slaves which was an accepted practice in their imposed worldview. Now they perceived themselves as an oppressed people which is a new concept in describing the same reality. Second, they refused to consider themselves as an inferior class. Now they were the chosen people. They moved from being at the bottom of the Egyptian social classification to being a unique people set apart by Yahweh.

Neither the reality of slavery nor the fact of being strangers had changed. What changed was their way of telling the story, of describing their reality. They entered into a new cosmology with a new set of values and a new perception of themselves. Through their belief in a God who was liberator, they would come to free themselves from the Egyptian bondage.

What does this mean for us Africans today? We Africans often take history as it has been narrated to us and do little questioning. But, as the proverb tells us, unless we have our own story-teller, the oppressors will always have the best part of the story. To free ourselves from oppression, we must tell our history from our own viewpoint. The current history has been told and written from the dominating class’s perspective-white and African oppressors alike-in such a way that the victims’ voices are silenced. Our duty is to tell the African story in the way that does justice to our sufferings and our struggles.

Let us take an example of how history is told from the perspective of the winners. When the Europeans came to Africa they called themselves colonizers and conquerors. Now they are considered to be tourists, missionaries, cooperators, volunteers, and the like. But when Africans emigrate to Europe or the United States they are referred to as undocumented immigrants and aliens. How will we tell the same story?

Telling our own story also implies that we must reject the discriminatory and oppressive expressions used to describe us. We must invent a new language to talk about ourselves. Indeed, the way we choose to name our experience affects the way we look at the world. This is especially true for us Africans. The way we came to perceive ourselves since our contact with the West has drastically changed the way we look at reality. For instance, the way I see myself today as Black, Togolese, Christian, colonized, poor, Third World citizen or immigrant was absent in Africa a century ago. As someone having all these attributes, not only that am I expected to behave in a certain way, but I came to think about myself in that way. My worldview is somehow defined by these attributes. We must reject this way of portraying ourselves by the dominant culture. But this is not sufficient. We must also create our own terminology to talk about ourselves.

Hence just like Israel refused to see any good in slavery and called it oppression, we must retell the history of slavery, colonization, post-independence period, and African contributions to human civilization because: Until the lion has his or her own storyteller, the hunter will always have the best part of the story.

As an example of the contemporary use of this proverb the 26 February, 2006 issue of the Sunday Observer in Dar es Salaam, Tanzania published an article with the headline “Until the Lions Have Their Own Historians…” The writer used the African proverb Until the lions have their own historians, tales of the hunt shall always glorify the hunters to question whether all official police reports and statements about their bravery and heroism in action are true.

Another example: Neville Boney was particularly concerned about the lack of courses on African and black cultures at McMaster University in Ontario, Canada. “There isn’t one course at Mac on Egyptian heritage, or Ugandan heritage,” said Boney. “It’s good that there’s aboriginal studies, but we still have a long way to go-it doesn’t stop there. “There’s a Kenyan and Zimbabwean proverb, Until lions start writing down their own stories, the hunters will always be the heroes. Until black people start taking advantage of opportunities to write their own histories, our history is going to remain in the background,” said Boney.