Book Review of The Color of the Skin Doesn’t Matter 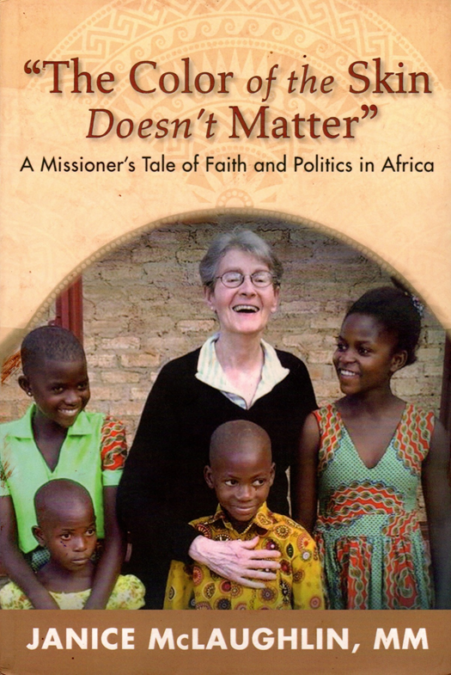 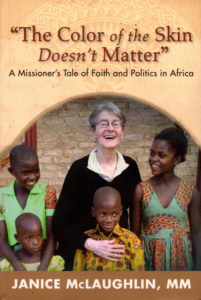 Title: “The Color of the Skin Doesn’t Matter”: A Missioner’s Tale of Faith and Politics in Africa.

It is not often that authors lead their books, memoirs or articles with an expressed saying or proverb as the author of this memoir under review, the late Catholic nun, Janice McLaughlin, MM, a Maryknoller, from America. The religious Catholic woman, who passed on last year, 7 March 2021 in New York, had served the Catholic Church in Kenya, Mozambique and Zimbabwe, formerly southern Rhodesia under the White minority rule for close to fifty years. She arrived in Africa (Kenya) in 1969 and died at 78 years.

The author has used the saying, The Color of the Skin Doesn’t Matter, derived from a discussion she once held with General Josiah Tongogara, then head of ZANU (Zimbabwe African National Union) Army. The memoir’s author has reported the general as having told the Catholic nun, “Thank you. You have helped us teach the comrades that the color of the skin doesn’t matter.” The late Catholic nun then subsequently decided to use this expression as part of the memoir’s title.

The 235-page volume is a rich memoir, taking the reader from Kenya via Mozambique to Zimbabwe, formerly southern Rhodesia under the White minority rule. In Kenya for example, the late Sr. Janice who began her missionary work in Africa in 1969.

She coordinated communications work for the Catholic bishops, worked with women and got involved in training young Kenyans in various aspects of communications with a special attention to journalism for both print and electronic. It is worth to note that it was during her missionary work here that many young Kenyans were trained for both print and electronic media.  The memoir’s reviewer, Francis Njuguna, was among the beneficiaries of this training scheme.

In Mozambique, Janice joined in the likes of the former Zimbabwean President Robert Mugabe in the waged liberation war against the then White minority rule in the now Zimbabwe. She by then worked for the Peace and Justice Commission in Harare.

It is worth to note that it was during this time around that the late Janice was in 1977 got into trouble, where she got imprisoned by  the  then Government of the White minority rule. She was jailed for what was framed as being a terrorist sympathizer. She was locked in for 18 days before she was set free, after pressure mainly by the world press, journalists from Kenya included. This was followed by her deportation from the country. She was later welcomed back to independent Zimbabwe to work on rebuilding the education system.

Part of her last missionary work in Zimbabwe was involved in working in the area of human trafficking with a special attention to young women and the general social justice of the people.

Meanwhile the Catholic Media Association has announced that it has honored the Orbis Books Publishing House of the Maryknoll Catholic Missionary Society and its authors with 28 book awards at their 2022 conference in Portland, OR, held between July 4-7, 2022.

The book under the review was awarded Honorable Mention under the MEMOIR category.