Environmental Ethics in the African Context by Richard N. Rwiza 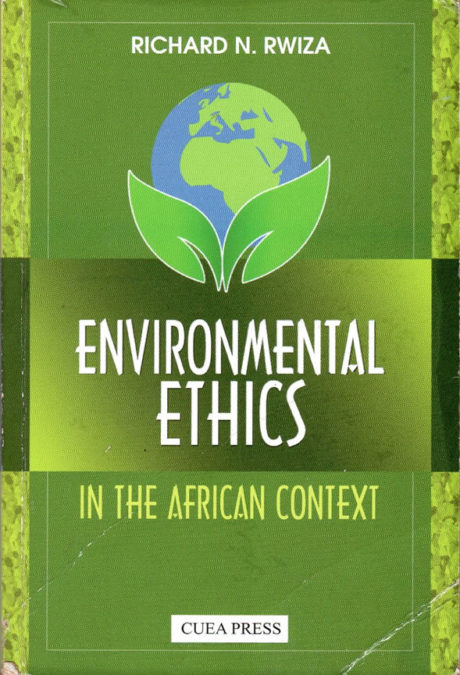 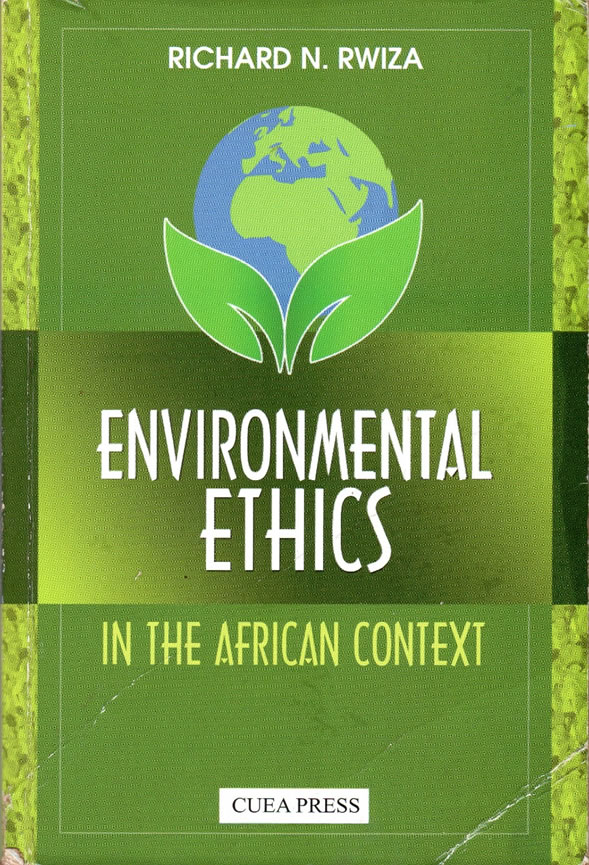 There were days when issues such as the environment were hardly considered as part of the Catholic Church teaching, even theological. In other words they were treated or considered as non-theological issues, where the church had no space for them; hence they did not qualify as ‘matters’ of the church’s engagement.

Six years ago, Pope Francis penned his encyclical on the issue environment entitled Laudato Si’ after which a number of Catholic theologians have seen the need to follow suit. As such a number of books on the issue have hit the shelves in various bookshops, thus showing the church’ commitment to the issue.  The document was publish on 24 May, 2015 and has become a point of reference for those interested on the church’s contribution to the issue.

The book under review – Environmental Ethics in the African Context — written by Tanzanian Catholic priest/scholar Father Richard Rwiza has effectively added considerable material on the topic. In essence the voice of the Catholic Church has equally been given yet another point up. The new book has effectively managed to serve two points. On one front, it has effectively added the Catholic Church’s voice on the issue. Second, as proving that the African people have a role to play in dealing with the environment issue through both their cultures and traditions and also that the issue of environment is quite abreast with the communities’ day-to-day life.

On page 56 and under the chapter on “An African Model” the author  uses the African proverb, When there is something wrong in the forest, there is something wrong in society. The author underlines that the destruction of our environment is extremely serious and wrong, not just because God has entrusted it to us, but because life is a gift which ought to be protected from debasement.

In the same chapter, the new book uses the African proverb, “Treat the earth well as it was not given to you by your parents. It was loaned to you by your children. Also the African proverb, When trees are planted the forest is silent but when they (trees) are cut, the forest makes noise (page 56). The author thus reminds us to take into account the ethical dimension of community and learns how to sustain the environment.

On page 60, the new book chips in with the African proverb, “When two elephants fight, it is the grass that suffers” while stressing that when nature fights back against human exploitation, it is the less fortunate that those without the means to afford suitable housing, healthcare, education, security and etc. who bears the consequences. On page 72, the author uses the Akan proverb in Ghana One tree does not make a forest. while at the same time using the Akan saying, “A person is a communal being.” On page 80, the author uses one of the famous proverb among the Guinean people, The forest is our skin and if one removes the skin of the human being, the end result is death.

In the chapter on “Future Generations”  the author uses the saying, “Do unto your successors as you would have had your predecessors do unto you.” He thus stresses that the present generations have the obligation to make sure the forests and needs of the contemporary and future generations are fully safeguarded  On page 149, the new book uses a saying from the famous Indian philosopher, Mahatma Gandhi, “The earth provides enough to satisfy every person’s need, but not every person’s greed. He emphasizes that the disorders of society are rooted in the disorders of human heart. Human activities cause notable changes to the environment, stressing that as a consequence of such modifications the degradation of environment affects  all life on earth.

The new book has stated that environmental crisis is a profoundly serious issue as most of the proposed solutions for environment quality have direct or indirect notable effects on the poor and lower income group. The author has thus underlined that environmental crisis takes place when a species or population destabilizes its survival. “Radical climate changes such as global warning are a significant problems of  our time”, the new book has stressed, adding that “such a major environment problems calls for an urgent response with regard to human activities that contribute to emission of greenhouse gases.” “In Africa, the soil, air, water and people are being depleted and degraded together,” the author underlines on page 31.

In the book’s foreword, Professor Laurent Magesa of Tanzania and a long time lecturer at the Hekima University College, Nairobi, Kenya and author of several theological books, has emphasized that ecological justice is what is at stake here. “It is founded on a spirituality that orientates human actions based on deep respect or even reverence for non-human existence, for they are also an integral part the life of humanity and its survival as well as that of the entire universe.”