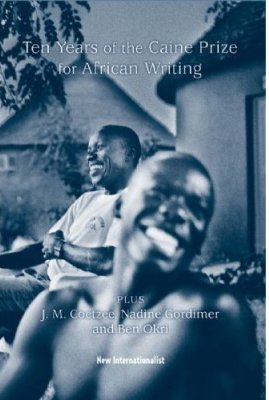 This book is an intriguing compilation of 14 short story excerpts by winners of the Caine Prize for African Writing founded in 1999. Binyavanga Wainaina, Yvonne Adhiambo Owuor and Monica Arac de Nyeko are among writers from East Africa to have won the prize since its inception. Nigerian writers Helon Habila, the 2001 winner and E.C Osondu, winner of the 2009 prize have both written quite interesting stories and as soon as one reads their opening lines it becomes rather obvious as to why they were shortlisted and awarded the prize.

In his story titled Waiting, Osondu captures the tragedy and desperate innocence of two young boys named Acapulco and Orlando who end up living in a camp due to the ravages of war. The following is an excerpt from the story: “There were lots of black dogs (in the camp). They were our friends, they were our protectors. Even though food was scarce, the dogs never went hungry. The women would call them whenever a child squatted down to shit and the dogs would come running. They would wait for the child to finish and lick the child’s buttocks clean before they ate the shit. But there was a time the Red Cross people could not bring food to the camp for two weeks because the enemy would not let their plane land. We were so hungry we killed a few of the dogs and used them to make pepper-soup. A few days later, the Red Cross people were let through and food came. The dogs were a bit wary, but they seemed to understand it was not our fault. And then, for a second time, there was no food for a very long time. We were only able to catch some of the dogs this time but we still caught some and cooked and ate them. After that we did not see the dogs again. One day, a little child was squatting and having a shit. When the mother looked up, half a dozen of the dogs that had disappeared emerged from nowhere and attacked the little child. They tore the child to pieces and fled with parts of the child’s body dangling between their jaws. Some of the men began to lay ambush for the dogs and killed a few of them. We don’t see the dogs anymore. People say it is the war.”

This book also includes excerpts from Ben Okri, Nadine Gordimer and J.M Coetzee, all awarded the Booker Prize for their writing. Jambula Tree by Monica Arac de Nyeko and Incidents at the Shrine by Ben Okri painted vivid pictures of the dynamics of African sexuality and witchcraft. Weight of Whispers by Yvonne Adhiambo Owuor is a heart-rending account on the tribulations of a Rwandese family in Kenya after a narrow escape from the Rwandan genocide whereas Poison by South African writer Henrietta Rose-Innes would have been a rather depressing and boring story if weren’t so well-written. An Emissary by Nadine Gordimer is one excerpt in this book that readers may find a tad confusing as it reads more like complex poetry and less like a short story as compared to other excerpts in the book.

A possible favourite in this book would be Love Poems by Helon Habila and the following is an excerpt: “My anger lasted a whole year. I remember the exact day it left me. It was a Saturday, a day after a failed escape attempt by two convicted murderers. The warders were more than usually brutal that day; the inmates were on tenterhook, not knowing from where the next blow would come. We were lined up in rows in our cell, waiting for hours to be addressed by the prison superintendent. When he came his scowl was hard as a rock, his eyes were red and singeing, like fire. He paced up and down before us, systematically flagellating us with his harsh, staccato sentences. We listened, our heads bowed, our hearts quaking. When he left, an inmate, just back from a week in solitary, broke down and began to weep. His hands shook, as if with a life of their own. “What’s going to happen next?” he wailed, going from person to person, looking into each face, not waiting for an answer. “We’ll be punished. If I go back there I’ll die. I can’t. I can’t.” Now he was standing before me, a skinny mass of eczema inflammations, and ringworm, and snot. He couldn’t be more than twenty. I thought, what did he do to end up in this dungeon? Then, without thinking, I reached out and patted his shoulder. I even smiled. With a confidence I did not feel I said kindly, “No one will take you back”. He collapsed into my arms, soaking my shirt with snot and tears and saliva. “Everything will be all right,” I repeated over and over. That was the day the anger left me”.

No doubt, this book would make a worthy collectors item. A thoroughly enjoyable read indeed.

Published in “The Star” Newspaper