September, 2020 When a bird builds its nest it uses the feathers of other birds. Ganda/Kooki (Uganda) Proverb

Background, Meaning And Everyday Use

The Kingdom of Kooki occupied the Rakai district, a multi-ethnic region which was separated from the Masaka District of Uganda in the mid-1970s. The prominent ethnic group in this region is the Baganda, with smaller groups including Bakoki, Banyarwanda, Barundi, Banyankole and Bahaya. Different dialects of the Ganda language are spoken. These include Kooki (Olukooki), Sese (Olusese), Vuma (Luvuma) and Diopa (Ludiopa). The Bakooki are Ganda, but speak the Kooki dialect, which is endangered because it is spoken by very few members of this community. It may be almost extinct.

Buganda was one of several small principalities founded by Bantu-speaking people in what is now Uganda. It was founded in the late 14th century, when the kabaka (or ruler) of the Ganda people came to exercise strong centralized control over his domain, called Buganda. By the 19th century Buganda had become the largest and most powerful kingdom in the region. The local chiefs of conquered areas ruled as personal appointees of the kabaka.

The Bakooki myth of origin is interesting. They say that the Kabaka Mutesa I made a girl servant pregnant, but his identity as the father of the child had to be kept secret to uphold the respect and dignity of the royalty. One of his senior servants whose origin was the Bunyoro Kitaro Kingdom, was called Kitasimbwa Chaja Nemukoka, which meant “it was not planted it came with floods.”He decided to marry the girl as a cover-up and for this he was rewarded. The Kabaka gave him the Bakooki Kingdom where he settled and had a large family.

Other records indicate that Kooki was a small state under the rule of the Babiito Dynasty who originated from the Bunyoro kingdom. This Babiito Dynasty was led by Bwowe Isingoma who was the first Mubiito ruler of Kooki. He had a twin brother called Kitayimbwa Kato. Their father, Isansa Gabigogo, was king of the Bunyoro kingdom at the time and had promised them a share of the kingdom. Unfortunately he died and the elder son, Duhaga I, succeeded him. The twins were denied any share of the kingdom. They decided to have a kingdom of their own, which Bwowe called Kooki because he had got most of the spear-holding warriors from a village called Kooki in Bunyoro.

The Kooki kingdom had great wealth in herds of cattle, iron deposits and ivory that made other neighbors go into war with them to try and grab part of it. Their survival depended on alliance with the more powerful kingdoms. They sought help from the Buganda king to throw out the Banyoro from Buddu because they had military skills, and they succeeded. However, in 1875 Buganda realized Kooki was becoming stronger and attacked them to ensure that no other kingdom would be stronger than theirs. They stole large herds of cattle and kidnapped many women and children. Later, their relationship improved and the kings worked peacefully with each other. Kooki became a member of the courts and councils of the royal Buganda kingdom and assumed a greater status as a state.

In the Kooki Kingdom inclusiveness was an important human value that played a major part in its founding. Through the help of the surrounding communities, with whom they formed alliances, they were able to develop themselves economically, politically and socially. For instance, they had military support from the Buganda kingdom to fight the Bunyoro. Proverbs, wise sayings, folklore and songs were used to convey important messages to the community members, settle disputes, give advice and also provide entertainment during wedding ceremonies, mourning the dead and at burial ceremonies, child naming and initiation ceremonies.

The proverb When a bird builds its nest it uses the feathers of other birds was created to explainthis value. They depended on the support of others in order to stabilize their kingdom. Their resources also made them influence and benefit more from other kingdoms such as their provision of cowry shell levies and iron products to the Buganda kingdom who depended on their supply. This proverb teaches us the benefits of unity and teamwork. An individual cannot fully sustain himself or herself. We all need support from other people to help us succeed in any endeavor. 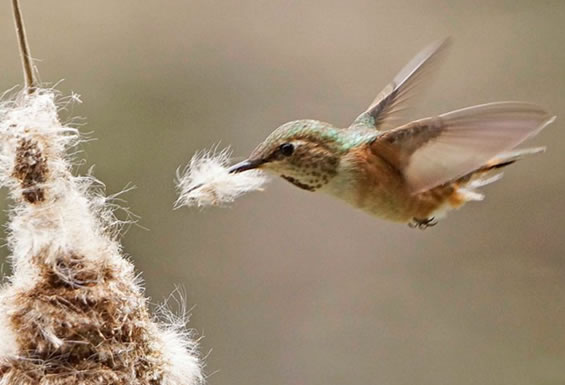 Ecclesiastes 4:9-12: “Two are better than one, because they have a good return for their labour: If either of them falls down, one can help the other up. But pity anyone who falls and has no one to help them up. Also, if two lie down together, they will keep warm. But how can one keep warm alone? Though one may be overpowered, two can defend themselves. A cord of three strands is not easily broken.”

Luke 10:1-2: “After these things the Lord appointed seventy-two others, and sent them in pairs ahead of Him to every city and place where He was about to go. And He told them, ‘The harvest is plentiful, but the laborers are few; therefore beseech the Lord of the harvest to send out laborers into His harvest field.’”

While the word teamwork does not appear in the Bible, the Word of God contains a lot of information about working together. Teamwork is evident in the societal structures of marriage, family, community and business. The strength unity gives is something inconceivable. The power of each individual member is increased to a large degree by the inspiration of fellowship with others.

We see the power of union everywhere in nature. A drop of rain may seem feeble as it falls to the earth, but when the many drops are united in one stream, and thus become one body, the power is irresistible. Such is the power of true union in a community, in church and in prayer. One time during his weekly general audience statement, Pope Francis said that unity is part of“the DNA of the Christian community.” Unity is therefore, not an option. It is the main value to achieve anything in the world. Together we stand divided we fall. There is strength in unity especially when the family, community, the church or government decides to move ahead together. We all need each other to support the testimony of the church.

The modern world faces enormous challenges everywhere and puts effort to alleviate suffering and eliminate its causes. The world’s reconciliation efforts can bring hostilities to an end through the Word of God.

NOTE: This proverb is No. 10 in A Collection of 100 Ganda/Kooki (Uganda) Proverbs and Wise Sayings by Atemu Ishiabwe in collaboration with African Proverbs Working Group, Nairobi, Kenya.